Just so I don't forget my recent spill too easily, a nasty cold has latched itself on to me this week.

Last night I tried to soothe my stuffy, sneezing, achey, et al. ails with some of that magic green elixer, and my mind created this concoction in one of my dreams:

homemade dulce de leche
spread on wonderbread (wtf?)
with the crusts cut off,
then deep fried,
then rolled in sugar.

There was a batch, freshly-made. Still hot. Sitting on the counter of my parents' old house. And me, my mom, my aunt, and my (deceased) grandma were sitting around it getting ready to dig in. I was dubious, but damn if my fingers weren't sandy with sugar, getting ready to take my first bite. 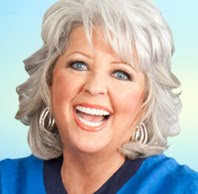 So, um, what is the point of this story?

Don't O.D. on Nyquil. Or you will turn into P*ula Dean.

Email ThisBlogThis!Share to TwitterShare to FacebookShare to Pinterest
Labels: dreams

Obviously, you sensed I was not treating you with the respect and admiration you deserve. I should have taken my slip on the rocks while getting into my kayak, the slip that bruised my arm and waterlogged and ruined my Dr*id as your way of saying, "ahem...."

I should have realized that putting in farther upstream than usual in territory that includes rapids and rocks should have equaled 100% attention. Not, I'll pay attention once I get myself settled in the boat and latch my bag to the lifejacket I never use but carry with me because its the law.

So I suppose it is only fair that you flipped me in the narrows and left me to drift downstream in the swift and cold (and rocky, ouch!) water for a good 20 minutes before allowing M. and two lovely dudes in a canoe to help me get my shit together and back in the boat.

M. told me later they actually came in from the other shore when they saw we needed some help.

Oh the humility! Sure I'm bruised. But my pride. Sweet jesus, it is battered.

So much for our gorgeous day on the river on Saturday. By the time I was right-sided and secured, M. was exhausted and I couldn't stop shaking enough to figure out how I was going to managed my waterlogged self. So we docked at the next opportunity to assess the damage and go in search of a cell phone to call for a ride.

1 hat, 1 smart phone, 2 sets of binoculars - none of which were in my waterproof bag. Why, you ask? Because had we put in where I normally do when I go out alone, the binoculars would be around my neck, the phone would be within easy reach for pictures. But no.

On Saturday I was so brazen, so cavalier, that M. suggested, and I willingly agreed, that trying out the narrows was a good idea. Never mind the water was running fast from rain the day before and 15 mph winds was urging it faster. Not only did it sound like a good idea, it sounded like an awesome idea.

Sigh. Hubris is a bitch.

I am continually shocked and surprised when I find I am not even a fraction of how athletic I envision myself in my mind. Dammit.

So, M's mom came and rescued us, I showered, called my doc to make sure mouthfuls of river water wasn't gonna kill me, and tried to live with my chagrin.

Sunday was another glorious day weather-wise. So after a morning on the balcony, I suggested we try an adventure on land this time. We headed towards a "birder's paradise" just an hour down the road for a few hours' hike. What better way to redeem the weekend and reconnect with that guy who saved my ass the day before?

At the trailhead was when we realized that just letting the binoculars dry out overnight did not guarantee they were going to function. At all. Ever.

So, through the woods we went. M. silently fuming ahead of me. Me getting more and more flustered as we heard birds all around us and just had to guess what we were missing. Of course, the previous day's incidents were playing over and over and over again in my little head (Could I have paddled out of my predicament had I been stronger? Did I really think aiming for that 3 foot drop was a good idea? What was I thinking...) M. was probably kicking himself for suggesting the diversion in the first place, for not checking the binoculars before we got in the car, oh the points of blame and self-blame are endless, aren't they?

But we made it out of the woods and somehow managed to salvage the drive home. We were actually in good moods for a few hours Sunday evening.

And that lasted up until I learned from a friend that the pregnant friend I hoped would understand my absence from her life right now does not. And does anything hurt worse than hearing you have hurt another person? But, I'm sorry, there's nothing I can do about that right now. Despite outward appearances, I'm not in a place where I can watch a mirror image of where I would be if my one and long-awaited chance to try again had worked. I cannot muster the strength to fake my way around the pain. And if someone wants to surround themselves with happy and good, I am not the support she wants right now, I promise. There is no room for someone voicing dead baby realities, doubts and fears. I feel my distance is best for her, and for me. At least right now. But the fact that I was questioned about my motives and actions did feel like an affront of sorts (I know you didn't mean it that way, m), at a time when I had little strength to defend myself.

I am wore the fuck out. And now it's Monday. And the week begins.

So then, what have I learned from this weekend? Let's recap:

I saw Sue's word cloud a week or so ago and that got me curious. Just what is it that I talk about here? In case you were wondering too:

Have you seen this commercial yet? I love it. I mean, love it. So simple. So powerful. So....moving. And so true.

It's a campaign that's long overdue and damn am I jealous of the minds who developed it (psst...brilliant minds....call me. I need your help in my day job).

At the same time, each time I watch this, I replace the T-shirts with the ones you and I know too well:

The stigmas, the silent suffering, the numbers (one in six. one in eight) are eerily parallel. Every time I see this ad it moves me.

Now, if you're already teary, why not just watch THIS video, which DOES directly relate. No parallels here. Just raw truth. Hannah Wept. Sarah Laughed, you did an amazing job:

What IF? A Portrait of Infertility from Keiko Zoll on Vimeo.

How did I miss this?

I must have been living under a rock, or maybe just still reeling from a weekend family wedding (really great) and some shocking comments from my dad (really, the opposite of great. Maybe, just maybe I'll share or maybe I'll just try to get over it). But here it is, one day late, a flower for all the beautiful, smart, funny, strong women I know who have lost children. Seeing this flower in my inbox last night was a balm. Thank you. Oh, thank you.

I am a firm believer that just as grieving never ends, awareness/celebrations/remembrance/advocacy cannot be contained in one day. If you hold someone close to your heart who has lost their son(s) or daughter(s), why don't you clip and paste this little pic from over here and share it with her (or him, for that matter).