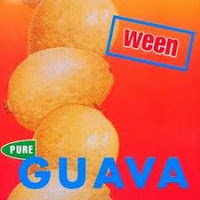 Just when I think I am done with the whole blog thing - reading them, writing them, obsessing on unwritten posts....I come across several in a short span of time that just really, really resonate with me. Talk to me. Remind me that yes, Mel, I DO need this space.

Mel's recent post on building a successful blog popped up in my reader on one of those days where I was grumpy with the world - angry with myself for not posting, for getting sulky rather than happy upon reading about another BFP, feeling like I had so much to say but NOTHING to say about infertility, trying to conceive, living with the empty space where my children should be, alternate family building options...I'm shaking my head to clear the stuff out as quickly as I bring it up. This is not where I am right now. All of these things - they are a part of me. They MAKE me. But recently we, M and I both, have been setting our sights on some things that will life-changing, will require almost complete focus and that focus shifts our eyes away from baby-making and into a future of a different kind.

M starts classes next week. I have an interview for a position that will "change life as you know it" according to someone who held that very spot for 3 years - long hours, days away from home, phone constantly on, pressure constantly on - yeah, that kind of gig.

And it is scary and really exciting and a little bit sad because it does require an admission that this other life, the one where little beings live with and depend on us, is probably not going to happen for us. At least not in the foreseeable future.

And here is where you should pause and click over to one of Mrs. Spit's recent posts about That Feeling. Because she defines it perfectly.

So what I am saying so not-so-eloquently here is that I NEED this space, but not for the same reasons I once did. Let's just say I do get this new gig, parts of my life will become very VERY public. This will be the one and only space only where I am semi-anonymous. But do I have an obligation to touch on the topics I include in my bio for the readers that find my blog and come to talk about those things? Is there a way to go beyond the singular focus of this blog without losing the plot completely? I think so. I hope so.

I was emailing with the ever-awesome Lori about this this week and she termed my angst a "blogdentity crisis" and assured me that even the best of us go through it. I know. I know! And I know every blog cannot be everything to every person. And I think that is more than ok. I know I have gravitated to very unique and different sets of blogs at various stages of my (gasp) four years sharing my thoughts online.

And right now, I find myself clinging to some old favorites. Some women who are in very different places in their lives - some mothers, some still grieving, some still trying, some successfully, others not. Some who are some or all of the above. It is the writing, the insight, the thoughtfulness, the openness that keeps me there.

I hope at least some of you can bear with me. Stick with me. As I move forward and try to redefine what life is and what this space is for me.
Posted by m at 12:00 PM 13 comments:

Email ThisBlogThis!Share to TwitterShare to FacebookShare to Pinterest
Labels: renewal

My intention was to get some volunteer-type stuff taken care (sure I'll do it. of course. why not. yes yes yes....oh shit.) of this morning before going "on the clock" and then to have a full and productive day working from home.

It's noon. The morning has indeed been full and productive - just none of it benefiting my employer. I've decided that's ok. Especially ok since I worked until 10 pm earlier this week. I marked the rest of my calendar day pink (our code for personal day in the office) and continued checking things off my list. And with every check mark I breathe a little sigh and feel a little weight lift.

Breathe in. Breathe out. Life is good.

Maybe I'm just feeling carefree and thankful this morning because I am not in Delaware. Because that's where I thought I would be yesterday when I got the text from my mom saying, essentially, BLOOD CLOT!**

**ok, you need to get out your best Jamaican accent to really make that work.

Apparently doctors had found something a little suspect in dad's lung (besides the cancer) in a pre-op scan yesterday morning. She said he said the docs said head back to the hospital and perhaps plan on staying.
.....

So, half of my brain is mentally packing and checking my calendar to see what I can cancel, what can be rescheduled, how I can get some keys to some out-of-town guests we promised could use the apartment this weekend.

The other half is recognizing that neither mom nor dad are particularly reliable narrators. Add one to the other and, not to be rude, but are we really talking about dad having a pulmonary embolism here? Could there be some misunderstanding? Some jumps to conclusions? Do I get in the car and try to get there before dark on the assumption things are awry, or do I wait for a follow up phone call to get more details, potentially wasting precious time I could be using to get to dad?

Given the narrative history of my parents, I chose the latter.

And thankfully, did not regret it.

Dad is back home. Tired and cranky, probably getting another bout of pneumonia. Hopped up on antibiotics and ticked that the doctors made him drive over god's creation and pack and unpack his bags because of a shadow on the scan.

So, a trip to Delaware is still pending, but not one where the 3 hour drive is done in crisis mode. Phew. Fire drill over.

I'm here. And mulling through some posts in my head but they're not in any real form yet, or rather, those forms keep evolving. All variations of the same theme: identity and space and the definition of space and self.

Ooh that sounds headier than it really is.

Maybe I'm getting weird because I'm approaching my 4-year blogoversary and I can't decide whether to celebrate or throw myself off a bridge.

Here? After four years this is where we are? In some ways exactly where we started? In other ways irreparably different. Again, celebrate or weep. I vacillate. I still have a week or two to figure it out, so in the meantime, an update:
In other news, work is busy but fine. M is fine. Our dodgeball team - its sucking. We're off to get our asses kicked in about an hour. I was lucky enough to spend some time with Sarah yesterday for some burritos and real life catching up and that was divine. And hey, did I tell you I got my C to the A to the E? That was one of my resolutions for 2010.