No matter how negligent I am about writing, no matter how long I'm away from the site, I can rely on at least 2-3 comments a week on what is probably now one of my most popular posts.  Not because of any riveting content or reveal (although D is adorable there, no?) but because Malaysian spammers hit this post at the end of every Manchester City soccer game.

Somehow, this is comforting to me.

Maybe its the consistency. The regularity. The reminder that the blog is still here and needs maintenance and love. Maybe its the cosmic connection between MCFC and Baby D.

From the Club History:

2012 City win the League Championship for the first time in 44 years following a thrilling Premier League campaign. A last-gasp Sergio Aguero goal against QPR secures the title in the most dramatic of fashions at a jubilant Etihad Stadium.

That doesn't even begin to describe it. City was down for most of the game against a team being managed by its former coach. M was in tears on the couch. I had already retreated to the balcony to follow via twitter because I cannot bear M like this. I couldn't bear to watch. He has that unique quality that can internalize something so random and make it his. More than his. Make it him.

There is a saying (that I think club management isn't crazy about) - CTID. City 'til I die. No matter how shitty the team was - because they were shitty for most of the 80s and 90s, a true City fan would always stay with them. They love them. They hate them. They understand that when they are counted on to win; they will lose. When they are expected to lose, they just might pull something off. In this particular instance, City was failing, therefore, M was failing. (and therefore, my weekend was about to be ruined. I'm selfish like that.)

All of a sudden I heard a gasp and a shout. Checked the twitter. City had tied the game with less than a minute or two left. They may have even been in extra time. Phew. Ok. Bullet dodged. They wouldn't win but they didn't lose. Holding pattern. Kind of like our life since the twins died.  This is a feeling I know and can manage.

M met me on the balcony shaking and in tears. Oh fuck, really boys? Did you really fuck this up? No. No they did not. They won. in the most dramatic of fashions.

City had pulled it off. They won. They won! There was hope in the world.  All is not lost. If they can do it, we can do it too.

It is so rare that I ever know what M is thinking, but in this instance, I was pretty sure I was reading his mind.  If they can do it, we can do it too. 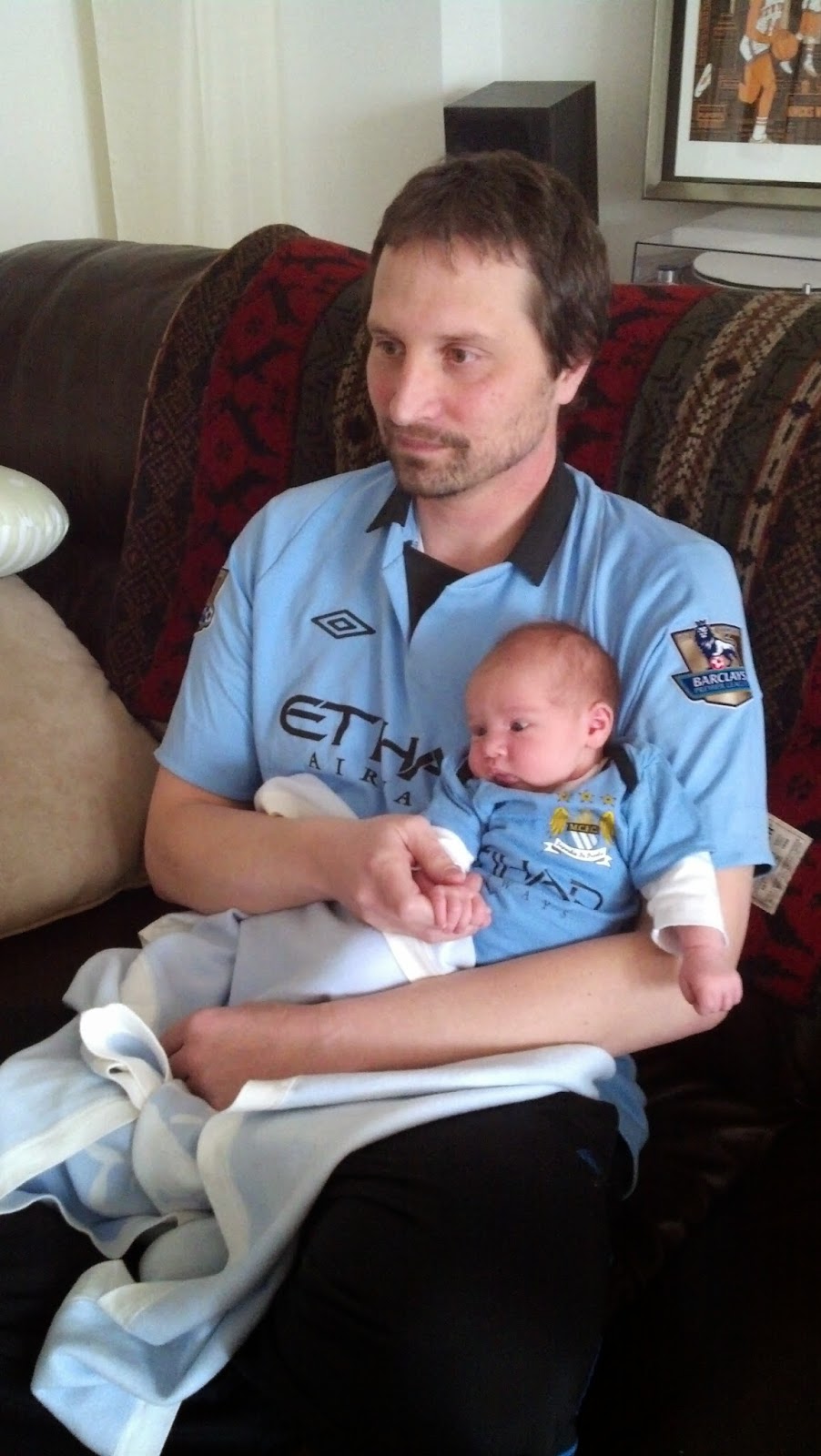 And we did. The next spring, baby D arrived. To more MCFC gear than any baby would ever need.

Fast forward to 2014. City has two league championships under their belts. They are no longer the underdogs. The usual hateration follows them: They buy their players. There's no heart. What happened to the good old days?  CTID means something different. It's not a world-weary acceptance. It's an expectation to win.

I think we went into our last cycle expecting to win.

I forgot how shitty that phone call really is. I forgot what a blur the day becomes while you attempt to maintain normalcy and fake like it doesn't hurt. Like you didn't have expectations. Like you didn't start counting months on your fingers under your desk. Ouch.

I found myself in the odd space of comforting our surrogate. She was heartbroken. For us. Oh honey, this is such a minimal ounce of heartbreak compared to others. It's ok. Shhhhh. It's ok.

We love her. Have I mentioned how much we love her?

We love her so much that we are going to give this one more go. One more shot at the title. We have just a few more little ones on ice and then this journey will be over. And we will be a family of four. Or more? Or a family of three we will be. And all of that is ok. Because we already have a tremendous, most beautiful, ever cheeky Win. 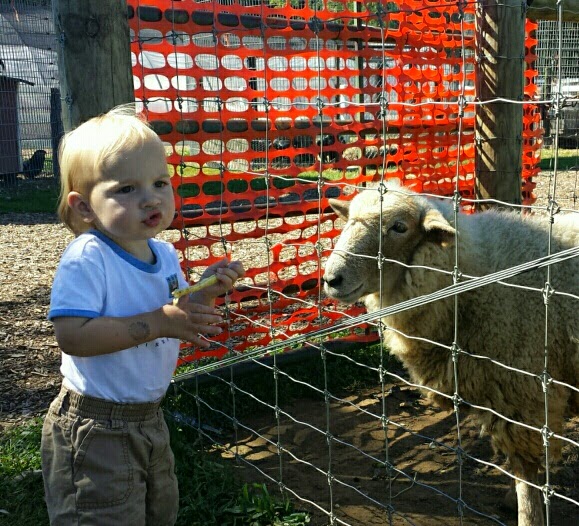 Oh wow, I am so excited and happy for you guys! Tears in my eyes. Hugs!

I'm sorry this one was a no go; I don't think one can ever get used to the disappointment. But I'm excited that you are working on a sibling. Sending lots of baby thoughts your way!!!

So sorry to hear this time was not a success. It's very exciting you are trying again! I will be keeping my fingers and toes crossed for you. D is extremely adorable and I am so so so glad you all have him. And perhaps there will be a sibling in the cards for him.