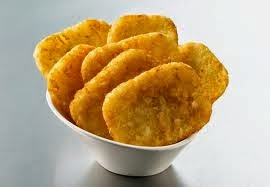 Hash browns for breakfast, french fries for lunch and mashed potatoes for dinner is probably not a meal plan I should replicate often.

But damn. It was good.

And if weren't so lazy I would fry those pierogi in the freezer.

There you have it. Welcome to my world.

Since I moved my office to its new location (which, for the most part, I love, because well, I chose it, and I actually have an office. With a desk and windows and such) my mornings begin with a drive through the golden arches for:

It is shocking how easily this bad habit has become routine. I used to ride my dad constantly for his McD habit. Dad! Quit eating that junk! His mornings began with:

2 sausage biscuits and a large black coffee, with ice.....Don't forget the ice! Your coffee's too hot!

He was such a staple at his local McDs that the cashiers cried when my mom told them why he hadn't been there for weeks. Like, sobbed. They made me cry.

Because this was his thing. And he was their cranky old man who couldn't let a day go by without getting in the car and driving 2 miles to McDonalds to do that thing that he did. Sometimes he would get it to go; other times he would chill inside. Chat. Because - and this is something M and I still marvel about all the time - for as un-charming as my dad could be with the people that, you know, loved him, he could be utterly charming to strangers. And McDonald's cashiers and customers.

So, I can say that my first drive through was nostalgia-driven. Paired with a "free coffee" promotion and the fact that a street light was red and I could actually get to my office faster via the McDonalds lot.

That doesn't mean I had to keep going.

Sigh. But it seems I do. And today was Friday, and I was feeling like I earned a "naughty" lunch, so fries it was. And then I found myself at dinner with my boys and my in laws but wasn't hungry (because. French fries.) So I got mashed potatoes and vegetables for me and D to share. Which, of course, he wanted none of because someone else at the table got sweet potato fries which he devoured. So, mommy had to eat all the mashed potatoes herself.

And they were awesome.

I had lunch with my mom and dad today (in Bedford) and she gave us potatoes, carrots, and butternut squash from her friend's farm. What should we make? Asking cause you make awesome stuff.

Oh! My first inclination is to drizzle it all with olive oil, salt and pepper, maybe some herbs. Roast. Toss with baby greens, kale and spinach. Mustard vinaigrette. Fall salad. What about that?

D and me totally dig shredded carrots in our hummus sandwiches.

Or lentil soup drizzled w balsamic vinager right at the end. Remember that great recipe from college? Yes. That one. Make that. With the fall salad on the side. Then call me. I'll come over. :-)