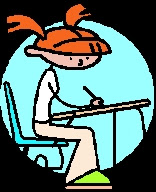 I just completed my application for the Surviving and Moving Forward (SAMFund) Grant. Wish me luck!

Of course, there are essays involved. Here is one of mine:

I am a long-term childhood cancer survivor and I remember everything.

I found a lump under my left armpit as I was just turning twelve. After a traumatic attempt at aspiration and an eventually surgical biopsy, my mother received the call just as I was leaving for the beach for a long Memorial Day weekend. She was told by phone that “your daughter has cancer.” And that’s how it all began.

As soon as I returned from the beach, the tests began and before I knew it I was in the hospital for a full abdominal biopsy and spleen removal that left me with the ugliest scar a med student ever sewed. (It’s ok. The surgeon admitted he didn’t do it.) It was the end of my seventh grade school year. I wrote a letter to tell my friends at school and days later, there was a huge card that everyone signed in my hospital room. A lot of my friends came to visit; a lot didn’t. I had planned to skip eighth grade and go straight to high school, but this changed all of that. There was no point in attempting to begin a new experience when there were things that needed to be finished first.

Hodgkin’s. Third Stage. We had a choice of two treatments: a heavy dose of chemo (MOPP) or a combination of chemo (ABVD) and radiation. We chose the latter, because we were told should the cancer ever reappear, we could attempt the stronger chemo. There was no “fall back” if we tried MOPP and it didn’t work.

I spent most of the summer getting chemotherapy and I was so proud that my hair didn’t fall out immediately. When I look at pictures now, I look ridiculous. But at the time, my comb-over was my strength. My mom was a hairdresser and we tried every conditioner, salve, concoction, she could find. I got a wig but I never could pull it off (meaning, keep it on), I was so self-conscious about it. About eight months later, we were told the chemo was over. I could take a break, and then radiation treatments would begin. They seemed so much easier at first. You mean I just lay here? No needles? No burn? But I was way too cocky and soon had to quit trying to go back to school after the morning sessions were over.

As a teenager with cancer, I had the opportunity to act as a representative for my pediatric oncology clinic as well as several local charities that helped my family in our time of need or funded cancer research. On numerous occasions, I appeared on telethons; spoke with potential benefactors; met with students raising money at marathons. All I did was tell my story and why what they were doing mattered. I loved it. (I loved it even more when my hair grew back.) From those experiences, I realized that the most effective communication is true and spoken from the heart and there should be no fear or nervousness if you believe in your subject matter. I can’t help but think that these lessons led me to my current position as the Communications Director for a statewide nonprofit association.

What is unique about my particular experience is that I survived at a time when freezing eggs from a young girl before she underwent treatments was seen as total folly. I distinctly remember my mom asking my doctors because she had heard it could be done. No, no, they said. It’s untested. Inconclusive. Invasive. And very expensive.

They weren’t lying. In 1988, who was thinking of freezing eggs, transplanting embryos, preserving something before it was lost? No. The best they could do was move my ovaries behind my uterus during that abdominal biopsy to shield them from the radiation I would receive to my pelvis.

It seemed like a good idea at the time.

What makes my situation unique is that the price of my survivorship is infertility. Although I menstruated before that fateful Memorial Day weekend, I never would on my own again. After a full year of not regaining my menses, doctors did ultrasounds and tests to go in search of those lost ovaries. They found one – “shriveled like a raisin.” The other – M.I.A. Or, inaction, I should say. If I want to have a family, there is no other option besides egg donation or adoption.

Having cancer has had innumerable affects on my life. Some have been positive (greater self-awareness, confidence, a joy of living bordering on intolerance to anyone not making the most of life); others not so nice (strained relations with my younger brother which are only now healing, debt for my family, and, of course, infertility). My entire adult life I have been resigned to the idea that I would never have children with the man I love. But within the last year, I found Fertile Hope, we found a Fertility Clinic that we like and trust and we found an egg donor that we want to help us have the child we always wanted. And that brings us here….

Email ThisBlogThis!Share to TwitterShare to FacebookShare to Pinterest
Labels: after cancer, finances

Thank you so much for telling your story. I was very moved by how much courage you and your family must have had. My only experience with childhood cancer was treating patients when I was nurse. I can picture you in dozens of little faces, yes, with the comb-over. I am so glad you are here!
Love and hugs,
Daisy

Yes, thank you for sharing your story. I can't imagine having cancer at such a young age,or dealing with the reality of infertility for so long. you and your family are brave.

I hope that this essay moves the people at SAM as much as it moved me.

I wish you luck.

Dear daisy and stacyb, you ladies are too kind. Thank you for your thoughts and wishes. I really appreciate them.

In some ways, I think having cancer at a young age is much easier than when you are older and more aware and more in tune with your body. It's just something that happens and you deal with it. I think if I were diagnosed as a young adult or god forbid, even now, I would be constantly analyzing, justifying, questioning, worrying - all of those things that we as adults are oh so good at.

Stacyb - congrats to YOU! I had no idea!!