From FN: The Real Meaing of Christmas 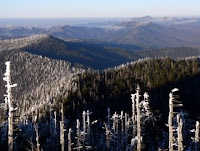 Once upon a time, I had this great gig blogging about fertility issues that actually gave me a little cash. To vent, to share, to talk about fertility in the media, on the news, in the blogosphere. those days are past and all the old links are dead. But every now and then, it feels nice to resurrect some old, yet relevant posts. You can find them here under the header "From FN:"

This was originally posted December 9, 2007. Happy Holidays, everyone:

No, I am not going to talk about material vs. spiritual, Santa Claus vs. little baby Jesus. Even though my mom still insists on buying a birthday cake and singing Happy Birthday to Jesus every year (a holdover from our childhood which she thinks we all embrace), we all know this holiest of holy days has actually been around long before Christianity took hold.

Here’s a great article on AlterNet that gives a history of December 25th from its pagan beginnings to it as a shared celebration with Christians and on to its current incarnation. Decorating homes with evergreens probably started with the Roman celebration of Saturnalia. Rob Boston reminds us that,

Evergreen trees had long been viewed as a symbol of fertility by Pagan peoples.
When winter came and most trees lost their leaves and appeared to die, the
evergreen was a reminder that life would endure and that long days, warmer
weather and a harvest would come again.

The Good News says thank German immigrants for bringing the concept of a Christmas tree to America:

Nineteenth-century German immigrants to the United States were among the first
to use a recognizable Christmas tree in this country, so it is often assumed
that the Christmas tree hails from the traditions of northern Europe. In fact,
it is more authentically a product of much older southern traditions. Ancient
Egyptians viewed the evergreen tree as a fertility symbol.

I wonder if this explains why we bought our tree early and if the past is any indication, will probably have it up well into the new year? I love the look of it, the smell, the fact that we keep unearthing ornaments from different places and times in our lives. I love having a huge piece of the forest taking over my living room. I love that that’s not seen as odd. Maybe I just love being reminded on the dreariest of winter days that life will endure and that long days, warmer weather and (hopefully) a harvest (of sorts) will come.

I do wish FN was still around.

I love posts where I learn something new.